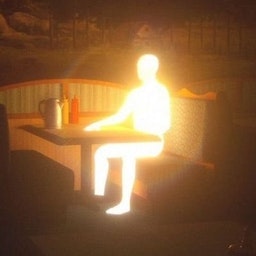 This post was originally published on my Substack on May 3, 2022. I am moving all my previous posts to Mirror (because it’s awesome!) but you can check out the original here if you are into that kind of thing.

I have had quite a few new subscribers to the newsletter since my last post on NEAR.  It’s great to see all of you and I hope you will stay awhile.

Today we’re going to take a look at the Fantom Ecosystem and their grants and incentives programs.  I did a quick review on their 370M FTM Incentives Program for my introduction piece, The Common Good, but Fantom has a few programs in the mix including both legacy and newly revamped grants program in addition to their liquidity incentives so I thought it would be good to circle back with a more complete review of the programs and performance to date.

For starters let’s take a look at Fantom Foundation and cover a bit of their history and how the grants programs got started.

I did some digging in a few places and found that Fantom Foundation Grants actually have their roots in a partnership done with University of Sydney way back in December of 2018.  That partnership looked to focus in on these four key areas of development across the ecosystem:

If you look back into the history of other similar foundations in our space many started with educational partnerships and eventually evolved as their market cap (and foundation treasury) grew.  This is a bit of a natural cycle as cryptocurrencies and interest in developing these networks of value grew from tinkerers and technologists to the other side of the chasm with attention gaining from the early majority.

I wasn’t able to find a ton of information on how successful this program was as recipients and such were not publicly announced and the approach of partnering with educational institutions was closed in favor of ecosystem specific grants via the Fantom Foundation.  I think the growth of Fantom from 2018 to now is probably testament enough to the success of their early efforts.

Enough ancient history, let’s now take a look at the Fantom Foundation and their native grants and incentives programs.

According to CrunchBase, Fantom Foundation has less than 50 employees working for them across the globe.  The organization was founded in 2018 by Dr. Ahn Byung Ik, and the Foundation's current CEO is Michael Kong.

I wrote a bit about the Fantom Foundation in one of my earlier pieces, Fantom Powered, back when the market was more kind to anons than it has been as of late.  This article predates my research and gives a quick overview of Fantom and some of the projects (a few of which received grant and incentive funding.)

Fantom Foundation was created to steward the development of the Fantom Blockchain (known as Opera) and foster an open ecosystem of developers and partners that could build towards their ultimate goal of solving the Blockchain Trilemma. For some background on the Blockchain Trilemma and more technical information on Fantom you can check out the FAQ section of their site.  Messari and Nansen also have some really good information that do a better job of explaining it than I ever could.

Since the establishment of Fantom Foundation and their grants and incentives programs there have been three major ecosystem funds announced.  We’ll take a look at each of them and review based on details I was able to find.

First up, their initial grants program was launched in late 2020 and ended up awarding 9 projects total.  No totals in amounts given were publicly available anywhere I could find.

You can find some of Fantom’s more well known projects as recipients including Spooky, Spirit, APY.Vision and ZooCoin (a personal favorite of Sov’s for charting on FTM) on the list of recipients.

Another notable mention was Coordinape as they stood out a bit in terms of what they do (allowing decentralized teams and DAO’s without top down management or HR to autonomously allocate and reward funds to contributors) in comparison to the mostly DEX or Analytics projects in the crowd.

You can find all the information on this topic on this card at my notion site.  Next up let’s take a look at the 370M FTM Incentives Program that was launched.

First, let’s start with some definitions as I think these things get a bit muddied in crypto.  Many of the programs across the space interchange the terms “grant” and “incentives program” but there’s an important difference.

Definition: Grants are defined as “an award, usually financial, given by one entity to an individual or an organization to facilitate a goal or incentivize performance. Grants are essentially gifts that do not have to be paid back, under most conditions. In the crypto space these grants can be for a variety of purposes, some of which might serve The Common Good.

Definition: Incentive programs are defined as any collection of funds that are awarded based on development of new ecosystem projects, current project ports, or weighted performance (usually measured by TVL).

An example of this is found within the incentives program for Fantom as it rewards projects based on their time-weighted average TVL.  This metric was measured using DefiLlama and paid out monthly based on performance.  I have been in contact with Fantom for the last few months and they have honestly been really responsive and helpful in my research.  I was provided a .CSV file with totals shown below:

In total more than 100 applications came in for the program and over 35M+ FTM was paid across 26 projects total.

Again, like with the grants program before, you can find Fantom’s well known DeFi projects in the list as recipients.  Curve was incentivized to port over and more native Fantom projects like Spooky, Spirit and Geist were rewarded for those heavy TVL’s they have seen since mid last year.

I found interesting the growth in RenVM.  It has gone from a smaller player to seeing 500K+ in rewards for February.  Tomb, Spooky and Spirit have all seen similar strength in the latter half of funding (through Feb is all data I have currently available).

The development of incentive programs like this in crypto is interesting because you can measure performance in terms of on-chain activity and then programmatically reward projects and contributors based on predefined metrics.  This is an interesting option when compared to traditional governance methods requiring some level of human intervention.

We’re starting to see a change in how funding can work for The Common Good, especially in some of the work Gitcoin is doing, but that’s a whole ‘nother conversation anon (that I will eventually try to write about).

Fantom just announced this program at the end of Q1.  It is a partnership with Gitcoin that will allow all Fantom projects to apply for matched incentive rewards using Gitcoin’s Quadratic Funding mechanism.  Ultimately it will be Fantom’s users who decide on the allocations, with greater FTM matching rewards going to the projects that are most supported by the community.

The program states these three areas as it’s core focus:

To kick off this program Fantom will participate in the immediate next Gitcoin Grants round, scheduled in June, and the Fantom Foundation will match user donations up to 3M FTM in the first round with subsequent rounds receiving 1.5M FTM in matching funds.

It should be noted that with this program coming online Fantom is closing previously announced incentive programs mentioned above and asking pending applicants to apply for Gitcoin grants in the upcoming rounds.

Overall the information I have above wasn’t too hard to find and the Fantom team was pretty accommodating in working with me directly to gather specifics.  If you watch their announcements channels and blog they do a pretty good job of keeping information current and available so I would say nice work and keep it up.

As mentioned above the only open program at this time is the 335M FTM Grants in partnership with Gitcoin.  If this is something you are interested in you’ll want to make sure you have a profile created on Gitcoin that is active and be watching for updates on the next funding round that takes place in June.

We’re at the end here, anon.  Be back with more in the days to come.

Please make sure you are subscribed to my newsletter (if not already) and that you are following my work at the Notion Site I created where all of this research is tracked (linked below.)